Half Blood Prince and Other Book to Movie Ideas

Despite being twenty plus years old. Back to School does bring up some good points that are relevant now. Watch the video I provided and if you can not see the screen please click here. The Sally Kellerman character explains why the original book is always better than a movie because there can only be one original creator. And the original creator intended the audience to experience it with the medium they know best.If you are getting Deja Vu about this topic because earlier this year I was passionate about it when it came to Watchmen. The movie Half Blood Prince will come out soon. I reread the book this month and it took me a week. Excellent story. J.K. Rowling may not be Shakespeare but her books are entertaining and at least in my case worthy of more than one read.She exploits her medium for all it's worth. Taking a long time to develop characters and availing of the unlimited special effects budgets that are afforded to book authors. 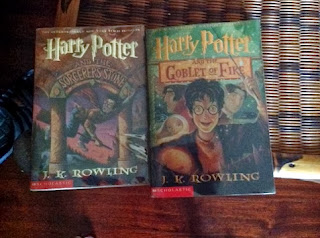 All it takes is an eyeball test to see the folly of adapting the books to the big screen. Harry Potter and the Sorcerer's Stone was a thin book in comparison to later books in the series like Goblet of Fire. Yet the movie of Sorcerer's Stone was 152 minutes and did not contain everything in the book.

Harry Potter and the Goblet of Fire which you can see is a much thicker book but the movie time is about the same at 157 minutes.

Again, my opinion is if you want to appreciate the true gift of Rowling then the books are the main meal and the movies nothing more than dessert. The movies are a very shallow substitute than actually reading the books.***************************************Tom Clancy books are another excellent example. Only in this blog will anyone parallel the Harry Potter series with the Tom Clancy/ Jack Ryan series. What make his books great are the plots, characterization and the detail. The detail comes in many ways. Though he is attributed with making popular the "techo thriller"Technology is not the only field that gets attention to detail in his books. In his books he takes you inside the mind of a terrorist or a victim or an unintended hero. You will learn about history, politics and human nature very differently than you can learn from a text book or a documentary. I will not deny the books are thick. But do not equate with that dull.Just like great wine takes time. Clancy plots take a while to develop. Your reward for allowing him to use his words to develop this very involved plot at his pace is that the last eighty pages are almost impossible to put down. Another reward you get for your patience is the intricate continuity that spans throughout the Jack Ryan series. Characters evolve through the series and go through things normal human beings go through like promotions, sorrow, love, alcoholism, kids etc.Clancy was once asked if he had an underlying theme.
''My message is positive. They do the same work as police officers or firemen, they risk their lives for people they don't know. As a consequence, they deserve the same respect we give a cop or a fireman. Just treat 'em decently, treat 'em honestly. Reporters treat the military like drunken Nazis. They're the most loyal friends you can have. They're my kind of people. We share the same value structure.''I tell you all this because it is very hard to take all this from watching only the movies based on Clancy's work.The book requires more effort, more commitment. But they are infinitely more rewarding than the movies. Hunt for Red October translated really well into the big screen. But by no means a substitute for the book. The Hunt for Red October was Tom Clancy's first book. And he was already dropping sub plots that were hatched 5 books down the road. Sub plots I might add that did not come out in the movie. Sum of All Fears is the poster child for adaptations gone wrong. It's only redeeming quality is that I see the future mother of Tom Brady's child for the first time. Most people would think good book + good director = good movie. But this was not to be. Phil Alden Robinson only had to direct Field of Dreams for me to remember him. Sneakers is great too. Sum of all Fears is a horrible movie. Why should knowing the source material be a handicap? The movie not only butchered the original book but also disgraced the whole Clancy series. Not just the books but the movies.The older I get the more I realize that people who want to push product could care less about trampling over the sensitivities of older, loyal fans if it means getting access to newer fly by night fans i.e. casual fans that don't know their rear end from a hole in the ground. 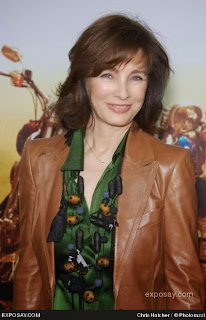 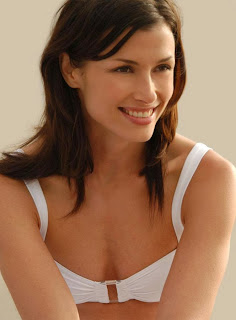 The younger crowd is more likely to watch a movie with Ben Affleck and Bridget Moynihan it in than geezers Harrison Ford and Anne Archer. Anne Archer is a veteran actress who does justice to the role of wife of Jack Ryan. Someone whose proximity to a bureaucratic do gooder had her targeted as well. She was shot at twice in an earlier book. For me Anne Archer would have worn that baggage well and also portray her simultaneous role of elite eye doctor and mom. Moynahan to me is just eye candy.

So it's really harder to get passionate about anything new if you know ahead of time that this is the tried and true tragedy of the production process.This is why you should distrust movies. Books are there so that the author can tell a story. Movies are there to sell popcorn. Book audiences will read through thickness that can stop a bullet if you give them reason to. Take a look at the thickness of Sum of All Fears or Half Blood Prince. Then take a look at their sales figures. Authors that write books give their audience much more credit than the big moguls that ultimately decide how a summer blockbuster is made. And I am telling you, it is better to be part of the group that the author is aiming for than the lowest common denominator that the summer blockbuster is aiming for.The producers made a mockery of the time line. Comparing books with movies is very similar to comparing the creators that use multiply, blogspot , wordpress against the typical inhabitants of Facebook, Twitter and Friendster. At least from the degree of involvement and commitment. Movies and applications like Facebook are such casual experiences compared to what it takes to read a book or to blog about things other than one's social life. (link) .

In Multiply there is no one better than:

I also enjoy these multiply users :


People who regularly use Wordpress though I am impressed with:

Here are examples of people I like in Blogspot:

I have 100 Facebook contacts. Except for institutions like ABC News or Fully Booked , I really can't recommend any facebook profiles to people who do not know them and that is the nature of the beast in Facebook/ Friendster. Which is OK for them. I just feel at some point I have to reach out to someone who may never meet me and strike a chord with them in terms of something that I feel. One thing I learned from others blogs is you don't have to agree with someone 100% to learn from them.


My experience, nobody who sticks to Friendster /Facebook type of sites reads online too much. Conversely they will not likely have the tendency to share in terms of things that takes even a bit of development. Friendster/ Facebook types usually are a venue for picture sharing and rapid fire thoughts. Click any of the guys and gals who I provided above. Only Lefsetz is a pro. All are fueled with a passion for communicating. All put more talent and creativity than the FB/FS types. Quality blogs take a stand. They can be controversial. I doubt your typical Friendster/ Facebook type will be controversial other than anything obscenity related.
Making a point takes time. Just like what I am doing now. Since the beginning of something called marketing there has always been the battle between form vs substance. Trying to sell the sizzle without providing steak. All icing and no cake. There are some movies with substance but I guarantee you if they are adapted from a book , the substance had to be gutted to fit the limited vehicle that is the movie. Let's put it this way, when you say "movie star looks" the face of Ron Perlman does not come to mind.

You need "good looks" as the form to hook people into the movie. The success of Rowling's books or Clancy's books had absolutely nothing to do with how they look. For me a lot of their success can be attributed to what thoughts they had and how they communicated them to their audience. Their appeal was creating characters that come out in the first book that evolve to the fifth book and beyond. That is what forms loyalty. It's the time patiently invested in a creation. For me that is the appeal of a well thought out blog post over pictures of a girls night out. That is the appeal of a good book series over a good movie series. That is the appeal of substance over style. But that's me. Granted if I was a stockholder. I would pick Facebook type stocks since they have more subscribers. The reason they do is like anything, you will get more numbers if you are casual than you will if you require more involvement. I said if I was a stockholder. Meaning my interest is purely based on earnings and revenue. Not quality or breadth of experience.But I digress. Back to movies and books . In the book of Sum of All Fears , Jack Ryan goes through real challenges in his personal life. Challenges we can all have. And it makes for a more real experience. An experience none of the movie only people ever saw. If all you did was watch the Clancy movies in the first one Jack Ryan has one daughter. In the second movie he has one daughter but conceives a child (with his wife) . In the third movie he has a daughter and a son. In the fourth movie, it is set present day (not a flashback) but he is younger, single and hitting on this foxy doctor. What a whorish move to appeal to the younger set. Book authors tend to respect their characters more than that. Movies on the other hand have more money at stake because of the production and promotional costs. Hence more interference. Interference skewed towards marketing studies and not the inner creative instinct of the author.Clancy took great pains to make his series as realistic as possible. Then Paramount pictures come around and does a time warp trick. That is not a science fiction tool. It is a soap opera tool. A totally different audience from those that tend to read Clancy books. In other words the movie is dumbed down from the book. If you will consume one version why have it be the dumbed down version? Having said all that I will not read any Obama books. What he does speaks so loudly that I can't "hear" what he is saying. Sally Kellerman's character is truly truly correct in that video above. Ed

Related links of people who agree and disagree with me: